DHAKA: Dr. Sabrina Arif Chaudhury says working with fear was not something she ever expected as a heart surgeon in Dhaka, Bangladesh. Everything changed in April when the coronavirus disease (COVID-19) outbreak began to spread across the country, infecting thousands and killing mostly doctors on the frontline.

“Every moment, I live with the fear of becoming infected. My life has changed completely. I haven’t visited my ailing father for the past three months despite being a practicing doctor. It hurts me a lot, but I am helpless,” Chaudhury, who works at the National Institute of Cardiovascular Disease (NICVD), told Arab News on Sunday.

Coupled with the risk of contracting the deadly disease is the added stress of putting in 12 hours of work, as opposed to the usual eight, to support the strained health sector during the pandemic.

Longer shifts have meant fewer hours with her two children and husband, whom she hardly gets to spend time with due to the stringent social distancing measures.

“After returning home at the end of an extremely stressful day, I have to stay away from my two children as I can’t risk infecting them. My family life has been disrupted completely,” Chaudhury added.

Her reactions are not exaggerated.

As frontline workers dedicated to the treatment of COVID-19 patients in the country, Bangladeshi doctors are now some its foremost victims. At least 36 doctors have died from the disease in the past two months alone, according to the Bangladesh Doctors’ Foundation (BDF).

As of Sunday, around 1,200 doctors had tested positive for the disease.

“We are losing senior doctors of the country, which is an irreparable loss for the health sector. I am anxious about the situation,” Dr. Nirupam Das, chief administrator of BDF, told Arab News.

Das reasons the high rate of death among doctors is owing to the fact that several of them had been brought in from adjacent areas to treat infected patients in the capital.

“Those who deal with clinical and preclinical patients are the most affected. Also, while treating severe COVID-19 patients in intensive care, doctors are exposed to the aerosol-generating procedure, which makes them more vulnerable to a high dose of infection, with severe consequences for their health,” Das said, adding that out of the 100,000 registered doctors, nearly 80,000 are dealing with COVID-19 patients, increasing their chances of contracting the virus.

Dr. Mohammad Mushtaq Husain, public health expert and adviser at the Institute of Epidemiology Disease Control and Research, said there are other reasons for the high fatality count as well. These include a lack of testing facilities in the early stages of the pandemic, scarcity of personal protective equipment (PPE) for doctors, and lack of doctors’ familiarity with PPE use and disposal, to name a few.

“In many cases, patients visited doctors with COVID-19 symptoms and later on, many of these patients tested positive, resulting in the doctors being infected also. Sometimes, patients hide their symptoms, which invariably impacts the doctors treating them,” Husain told Arab News.

“All is not lost,” he said, adding that he expected the situation to take a turn for the better due to an increased testing capacity and doctors becoming “more cautious and familiar” in the use of protective gear.

However, that is little solace for those who have lost loved ones in the country’s battle with the disease.

Although time has passed, Dr. Khaleda Yasmin Mirza says that she still cannot come to terms with her husband’s passing. Dr. Mirza Nazim Uddin had served at the front line during the outbreak, before he succumbed to the disease himself.

“He received the best treatment in the hospital. Doctors from home and abroad joined hands to treat him. From the onset of the outbreak, he was cautious and took maximum precautions as a doctor. I think, despite everything, he contracted the virus from an undetected patient,” Mirza, who works as a gynecologist at the Square Hospital, told Arab News.

Authorities, for their part, are unrelenting in their efforts to limit the pandemic.
As of Sunday, a total of 317,000 people have been tested, with 60,785 placed under quarantine, according to a statement by the Directorate General of Health Services.

Additionally, 59 laboratories are equipped to test virus samples across the country, with half of these located in Dhaka. 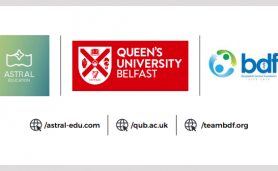 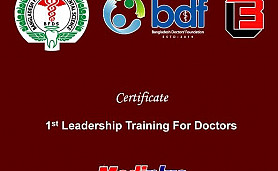